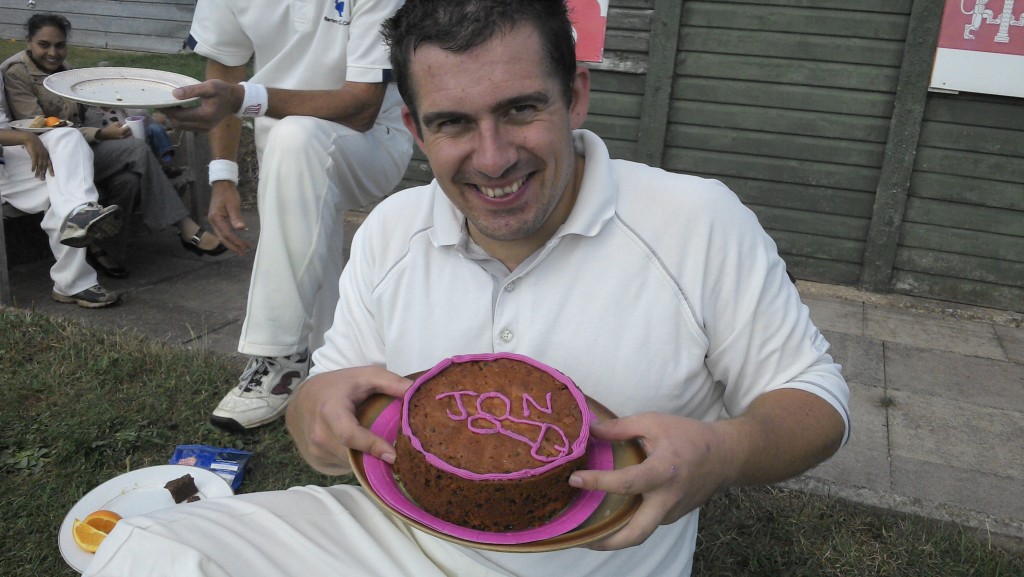 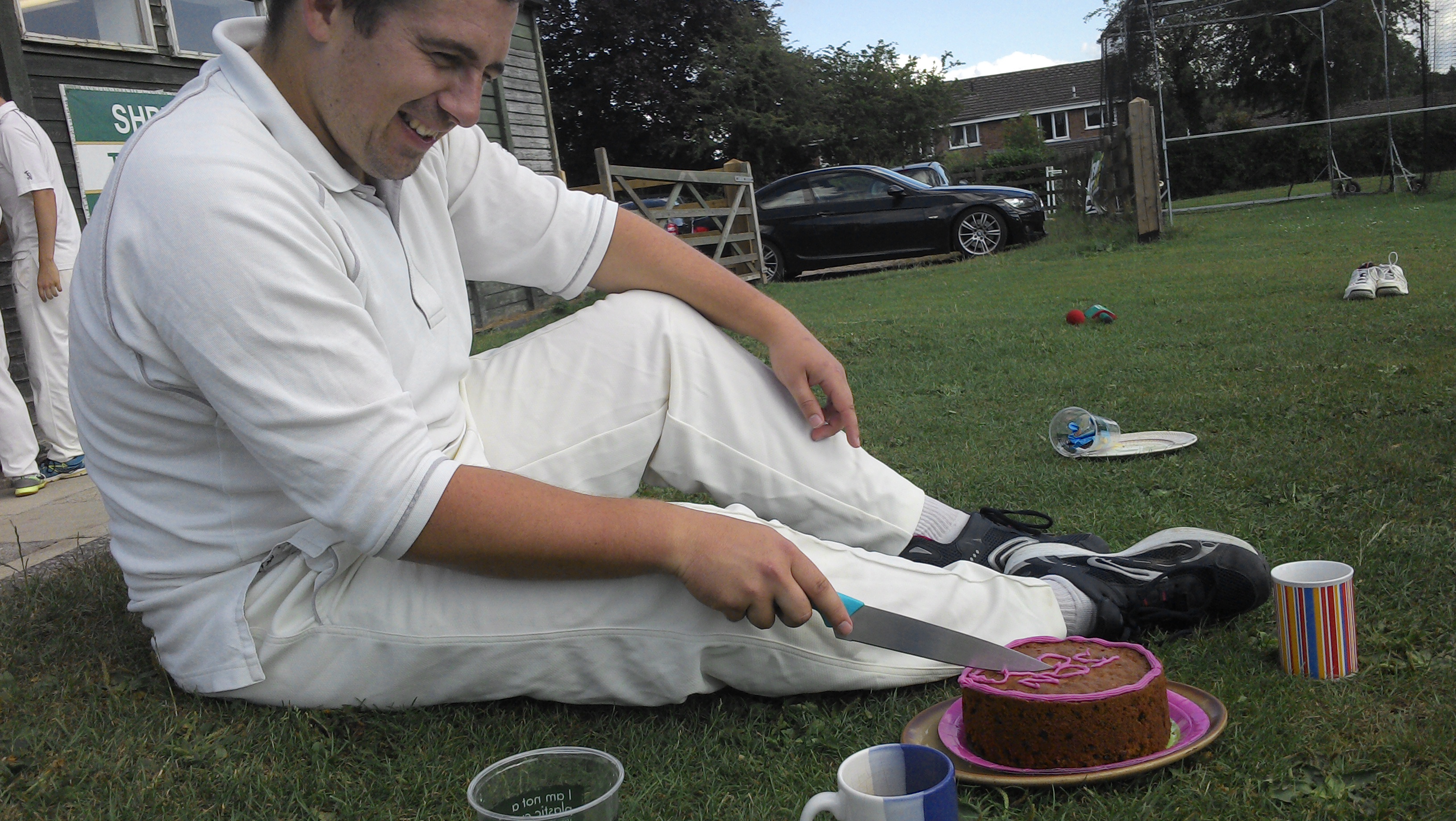 The next in our video series, he barely needs any introduction.

A run machine, part-time quizmaster, full-time social secretary and the ‘Safest hands in Cricket’, he knows only one way of playing and that’s Attack, Attack, Attack!

First in an occasional series of videos highlighting Barford’s team-members and their talents.

This week it’s the turn of our chairman, wicket-keeper, batsman and bon-viveur Sandy Peirson demonstrating how to bat (and get run out…) 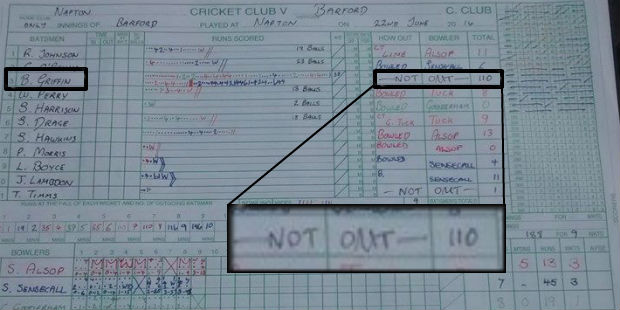 Behind the scenes with BCC, tour preps and caption competition

With less than a month to go before the tour, Messrs Herring and O’Reilly have been spotted warming up on the beach in their ‘half thong mankinis’ in a manner similar to our TOWIE friends Bobby and Harry.

Here at Barfordcc.org.uk we’ll be with you every step of the way as the build-up continues, providing exclusive insights and content to the most hotly awaited sporting contest of the year.

Apart from the World Cup.
And the test series against Sri Lanka and India.
And Wimbledon.
And the golf.
And the rugby.
And the Commonwealth Games.

But anyway in the mean time our spy in the camp has captured just a bloke giving another bloke a helping hand to get it on. Your captions welcome…

The boys are back in town…welcome back Will and Shawn

After what seems like literally hours of work and exams at ‘university’, Barford CC welcome back the greatest youth policy signings since the Manchester United “you can’t win anything with kids” double winning side of 1995-96.

We managed to catch up with them during a lull in their hectic playboy lifestyle to hand over their prizes, but who can forget their rapid runs, dramatic wickets and ferocious fielding which netted them award after award at the dinner last year? 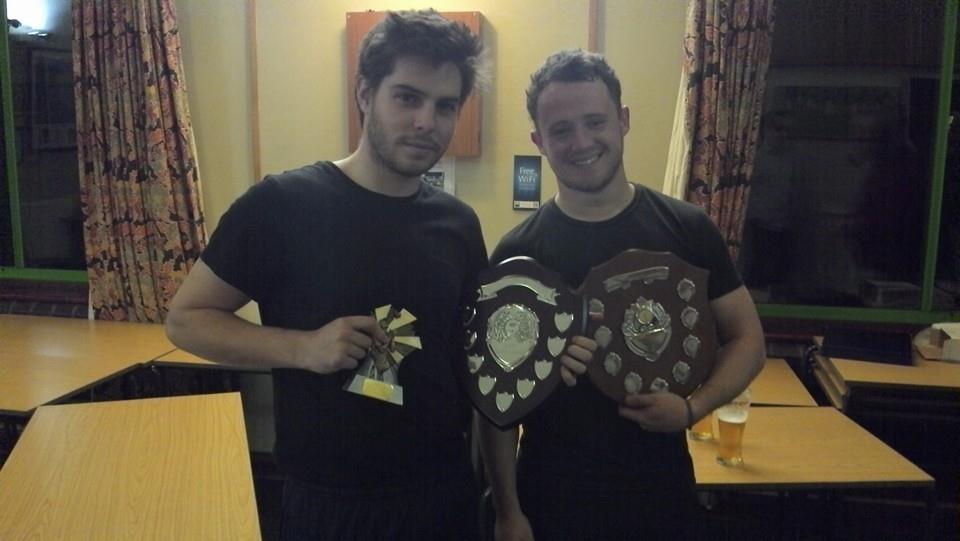 And then of course there is their devilish good looks, which if their Facebook activity is anything to go by, make them a great hit with the ladies of Plymouth.

If you missed it the first time around here they are accepting those awards, live – via satellite / webcam.

Lock up your daughters, as the great Michael Buffer would say “Let’s get ready to rumblllllleeeeeee” (and form an orderly queue at the Badsey away dressing room on Sunday ladies…)

Morgan gets Barford’s 2014 season well and truly under way…

..with two barnstorming Sunday losses against Marton and Kineton! But never mind, we got to see Barford’s newest opener, Simon Morgan, refusing to leave anything in the locker in getting his 9 runs against a youthful Kineton.  But no-one picked his total in the sweepstake, so it’s a rollover…

Watch as his magnificent strokes almost get to the boundary…

This year we are returning to Stroud and once again staying at The Imperial with the following itinerary:

Please send cheques, payable to Barford Cricket Club, to the usual address in the email

Hope you can make it

More tour info and news on the Tour 2014 page, as and when it happens.

It’s the new year and therefore time to begin the annual process of transforming from a shower of hapless fatties into an elite cricketing machine.

In the hope of keeping numbers up, we’ve changed the format a little this year so that we don’t have both nets and coaching running at the same time. We will begin with 6 weeks of Sunday nets at Warwick School, before moving on to Kenilworth Wardens for a further 8 weeks of Monday coaching with Paul and Mark. The dates for these are as follows:

The cost of each session will be just £3 and everyone is welcome, so please spread the word.

To keep up to date with all the upcoming nets, head over to the nets page or to have all the nets and fixtures info infused automatically into your smartphone or tablet device then grab this link.

The full details of the end-of-season celebration are here, but as you can see by the countdown and patented Bookings-o-meter, we need to know your menu choices by the 22nd September, to give the good people at Merchants a chance to bang the bangers and Brulee the cremes.

So let Paul know by email, fax, text or just shout your choices as soon as possible

Here are the options…

Please can you let me know by Sunday 22nd September:

Either email paul on paul_henderson54@yahoo.com or reply in the comments.

Bring along cheques, cash or postal orders on the night.

Look forward to seeing you there!