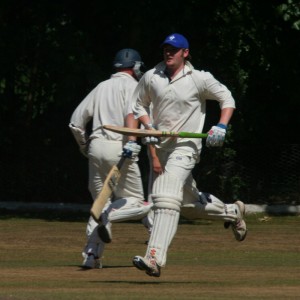 Mike Ireland (veteran seamer and occasional funky tweaker) has arranged another (actually the same as last year!) excursion to Bournemouth (“oh we do like to be beside the seaside..”) this year. Your finalised teams (injuries permitting) and their captains are…

Note that in a notable break from tradition, there are no slackers playing a single game this year(!)

A late update to the teams from the funky tweaker following the untimely withdrawal of last year’s batsman of the year:

“Due to the unfortunate injury to James (although I’m pleased to report that he’s still coming along) there have been enforced changes to the teams. Captain Marvel Chris O’Reilly has manfully agreed to play all three matches and will fill the vacancy at Pylewell Park but the big news is forget the Elvis 1968 comeback, Steve Herring will be dusting off his whites and turning out on Saturday!!!”