A goodly crowd of players and WAGs assembled at Merchant’s in Warwick to celebrate the achievements of the year at the annual end of season dinner. In a notable change from tradition this was held within a few weeks of the actual end of the season, thereby ensuring that the majority of us could still remember most of what had actually happened on the field of play. Admittedly this didn’t last for too long as the alcohol took hold… 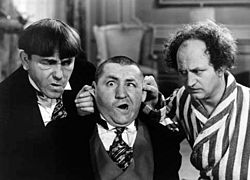 Speeches from the Skipper and Chairman were seamlessly intermingled with slideshow presentations and video links to the shy retiring winners who were (un)fortunately unable to make the evenings festivities, in an amazing display of interactive happenings that left the audience dumbstruck. Before they even had a chance to get their breath back, let alone toddle off to the bar for replenishments, the following prizes had been distributed:

Batting: Will Perry (apparently just keeping it warm for little rabbit next year!)
Bowling: Richard Johnson (mr consistency, except when he wasn’t)
Fielding: Shawn Harrison (the new safest hands in cricket)
Clubman: Simon Hawkins (all round good egg)
Champagne Moment: Richard Johnson (giving up an all run 5 on tour – still p!$$ing ourselves…)
Catch of the Season: Simon Hawkins (frankly I think he was as amazed as the rest of us)
Most ducks: John Lambdon (Who’s backing?)

Apologies to any prize-winners who were left out, but my memory is not what it was and I’d rather lost interest after being passed over again..

Given the fact that he’s probably listened to more speeches than most, it was perhaps unsurprising that Pete Romyn waltzed off with the sweepstake for the length of Ben’s speech (longer than expected as it did include two movies to pad it out a bit – the smart money was on 2-3 mins), whilst Jake Farquar grabbed the prize for Sandy’s speech (ages).

Many thanks to Paul, Simon and Ben for organising and hosting such an entertaining evening (although you can drop the raffle of Warwickshire 2nd XI autographs next year Simon!). It was great to have Richard and Lee from Snitterfield with us for the evening, and we look forward to another season playing at Snitterfield next year.

For those of you interested the 2 videos from the dinner featuring Shawn and Will and Simon International’s debut Through the Keyhole performance are now on Youtube (although probably not trending yet!). The links are below: