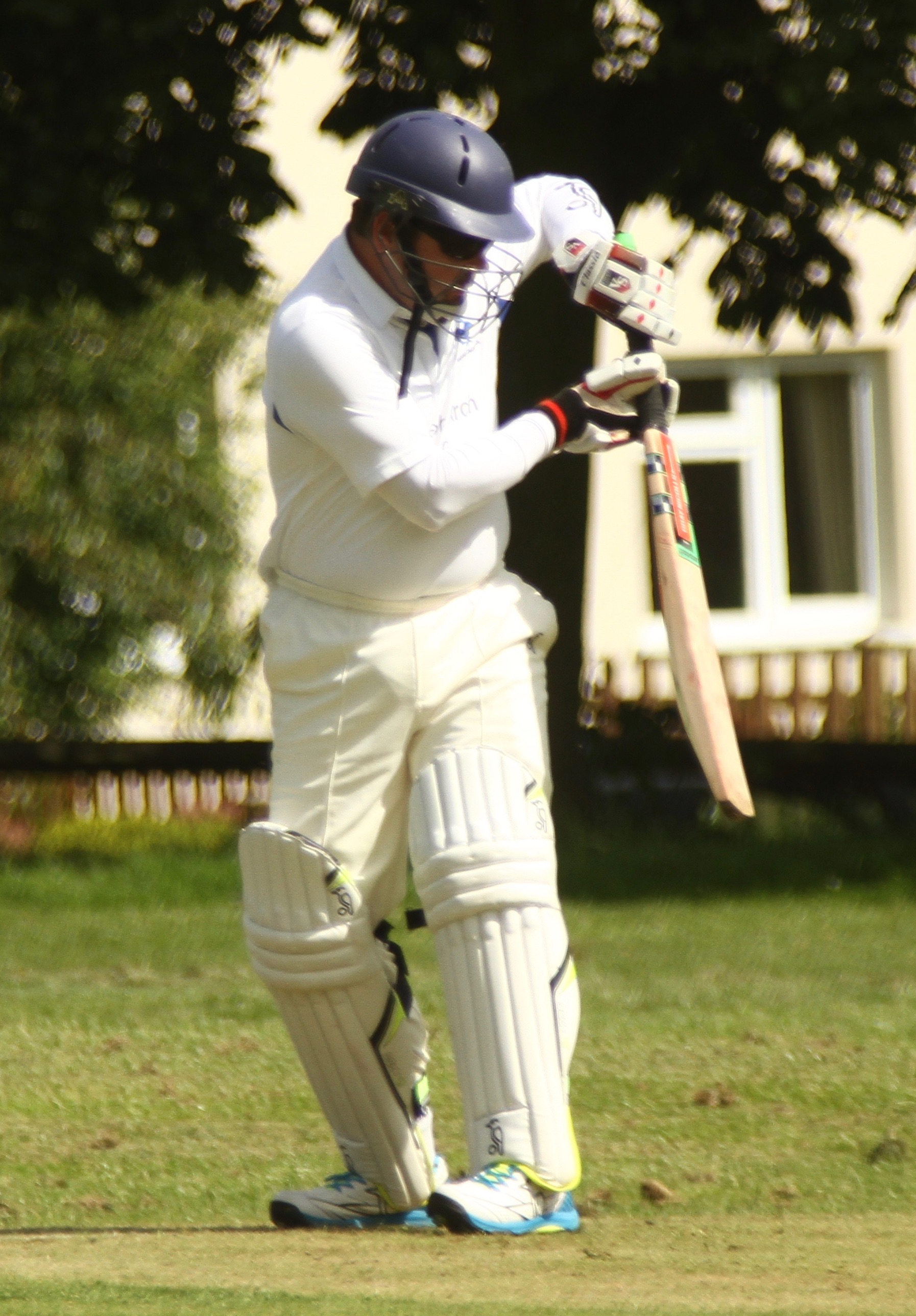 A decent looking pitch was provided by UTCC. Our Skipper negotiated a fine loss of the toss and was elected to bowl first. Knowing how good Barford is in a run chase, it seemed the obvious thing to do.

The clouds were looking menacing and we wondered whether the rain (plenty) and light (not so prolific) would allow a full game to be played. At one point Dorothy’s house flew past in the tornado, but the rain almost held off.

Jolly Tim, AKA Twinkle Toes, opened the bowling with Mike ” hirsute Geordie” Watts at the other end. One over each convinced the skip to save them for the death bowling.

“Pacy” overs followed from Ireland, Jones, Timms, Johnstone, with many deliveries beating the batsman for pace (often because they hadn’t reset their calendars).

Jones took one, caught, Johnstone somehow snaffled three (even he doesn’t know how), the ever youthful Peirson bagged one, another batsman retired on 25 n.o. and our latest tweaky blinder Jake Farquhizzle rearranged another batsman’s timbers.

Keen to use the tourist’s strength in depth, skip nominated Johnstone and Farquhazzle-dazzle-em to set about the run chase with gusto. Unfortunately Jake’s innings was the flash in the pan type rather than the slow cooker casserole of runs. He was despatched by a fairly decent catch for 3.

Chris O’Reilly stepped up to the mark with a pretty quick (for him anyway) 12 before also being caught. Paul “the Master” Henderson was next in and both he and Paul Johnstone eventually retired on 25+. The skip fancied a bat at a decent point of the game for once and stepped in at no5. A couple of runs ensued before the rain came in horizontally and play was stopped for a brief interlude.

After the rain the wicket was a bit livelier which accounted for yours truly being sent packing from a catch in the gulley. Step in Geordie and Sandy “big gun” Peirson. The score kept ticking along. The skip gave some enthusiastic encouragement to run a bit more and with five needed off the last over, it was squeaky bum time. Watts and Peirson’s years of experience showed though. With aplomb Geordie scampered a single, Sandy smacked a two and a single and the scores were level. Geordie then hoyed a terrific 4 and the game was ours with two balls and seven wickets to spare.

Uppingham kindly laid on a very nice Barbie and even Wales joined the club’s party with Euro 2016 victory over Belgium.

Our thanks go to Uppingham Town CC for their wonderful hospitality and a lovely pitch.