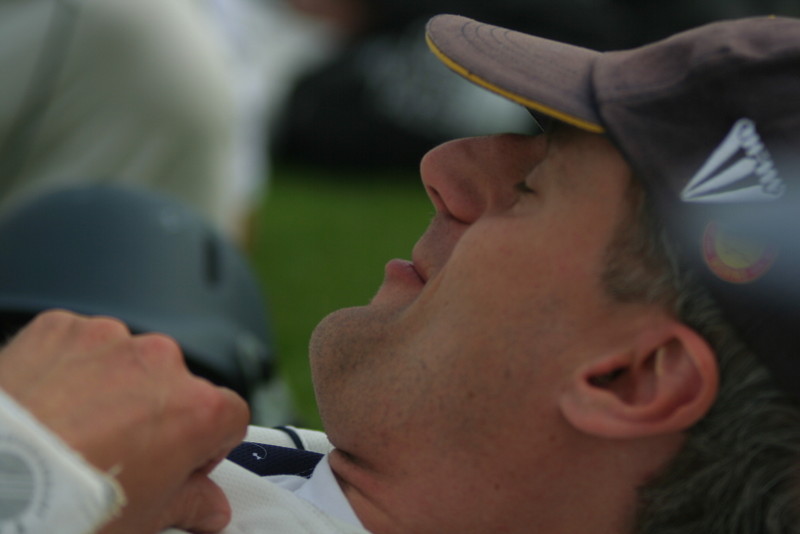 Barford started their 2011 tour with a respectable but perhaps predictable defeat to The Ram losing by 40 runs.

It started so well. Winning the toss, captain Chris Prince decisively chose to field having fully considered the conditions, the pitch and balance within his team. He opened the bowling with Simon Hawkins and Andy Hawkins hoping to confuse the scorers if not the batsmen. Simon Hawkins managed to bowl the opener third ball and at this stage of the match Barford were clearly on top.

Things started to go wrong in the sixth over. Phil Morris was bought into the attack and his over proved a challenge to the keeper, the fielders, the umpire, the scorers but unfortunately not the batsmen. Records are made to be broken but hopefully it will be some time before Barford concedes so many runs in an over.

The balance of The Ram innings saw some big hitting from Sunil, James and Mark but to be fair some tidy bowling from Shawn Harris (2 wickets), Richard Jones and Chris O’Reilly (1 wicket each). Additionally Shawn deserves special mention for a fine run out as well as generally stopping most balls that flew his way in the field.

Chasing a total of 148 Barford opened with Simon Drage (10) who made a solid if not spectacular start and Chris O’Reilly (3) who was run out trying to push along the score. Ben Griffin (11) then continued to provide fielding practice, peppering the field with potential catches until one was finally taken.

This bought Andy Hawkins to the crease who proceeded to bat with increasing confidence until his forced retirement at 25. Unfortunately no other batsman was able to get established and the match ended in perfect symmetry with Simon Hawkins 19 no and Andy Hawkins (who had returned to the crease) 32 no closing the Barford innings on 108 runs after our allotted 20 overs.

After the game we retired to The Ram pub where our opponents were excellent hosts. Over several pints of excellent ale we were able to share stories of how the ball had kept low, moved off the seam etc and the result soon felt closer than it probably was. In summary an excellent start to the tour against very friendly opponents.