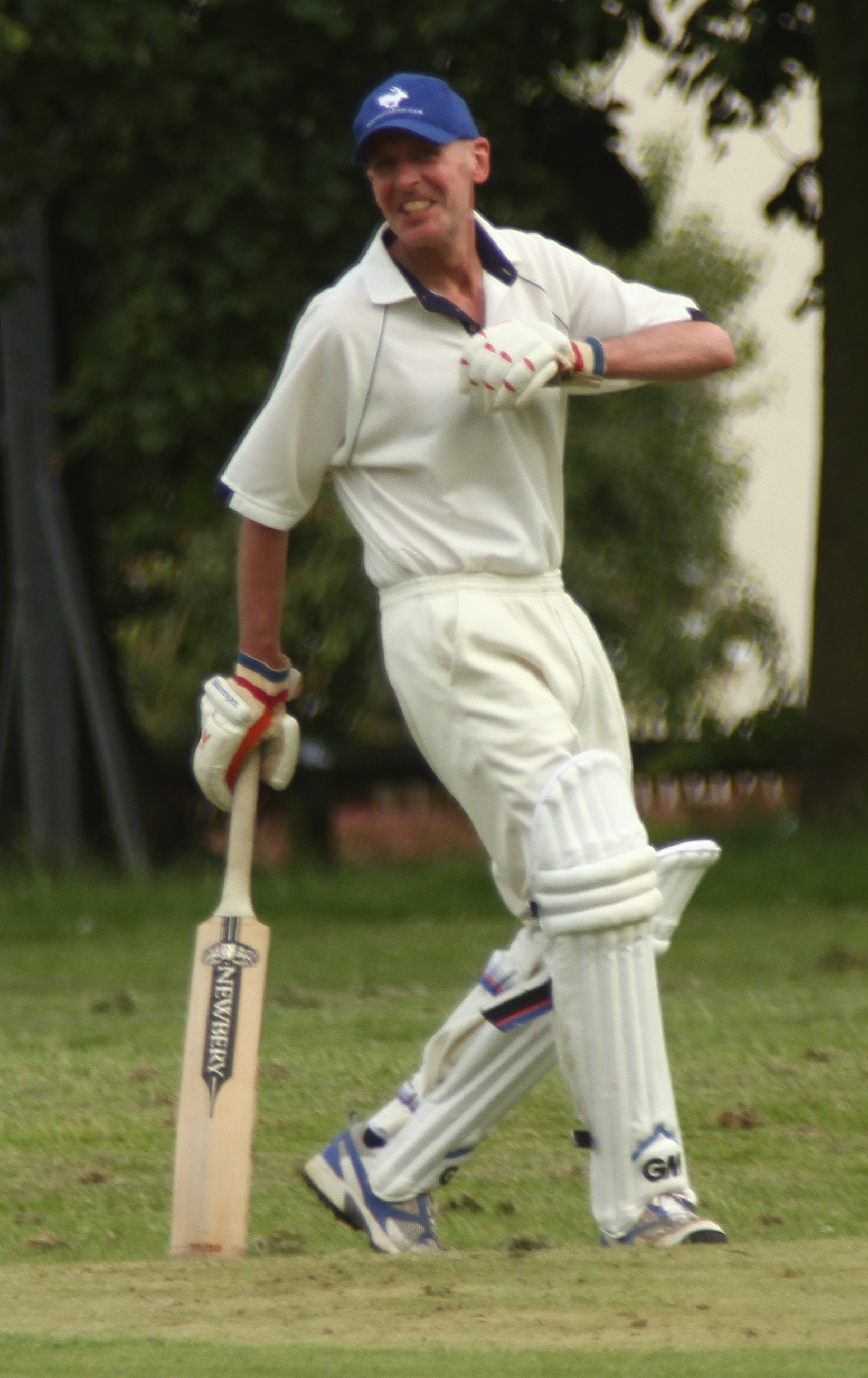 A bright sunny day and a very hospitable welcome from a host team who were very glad to have a Sunday match.

S.P. Won toss and batted. 35 overs per side was agreed.

Ed: Your correspondent unfortunately fails to mention his idiosyncratic calling of a “no-ball” while batting as the non-striker, usurping the ECB qualified Pete Romyn in the execution of his duties. Much confusion and hilarity ensued whilst the Chairman prostrated himself on the ground in abject apology

Superspeed running from P .Morris accounted for Tim falling for 1 and Richard for 0 – much to the latter’s chagrin.( He had not faced a ball !)

Paul J helped us a little when acting as a sub fielder for N.L. spilling a catch or too. A catch palmed over the boundary for 6 was a particular highlight. ( Thank god ! he is human!)
Ed: sadly it only went for 4 – need to practise that one a bit more!

Thanks to our chaps who subbed fielders until N.L’s latecomers arrived.

When N.L. batted it was all very close, with them being just behind the run rate with wickets regularly falling.

A certain captain’s failure to recognise how tired an irregular Barford bowler was, caused his last over to unluckily leech 24 runs, and suddenly N.L. were back on track. ( Mea Culpa ).

This made things very exciting and N. L. managed to reach their target in the last over. With 2 wickets in hand.

A lovely close match that N.L. seemed keen to repeat next year.

And well done Barford players, a good all round performance, especially as most had played 3 matches in 3 days, – plus suffered from a Judge Jolly induced hang over.

Photos of the game courtesy of Hendo Nagasaki…