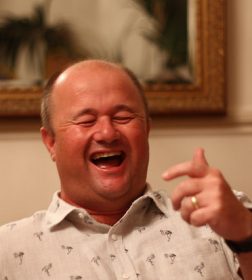 This all started on Tuesday night to be honest. Simon Drage dropped the bombshell that he had dropped me as Captain for the weekend as Ben Griffin had put himself forward to play. Yes, the same Ben Griffin that used to be club Captain but now is our fixture secretary, somehow ousting the Vice Chairman of the club as Sunday skipper.

Well, I took it well on the night, and then Ben Griffin failed to turn up on the Tuesday night leaving the Tuesday team to battle the 20/20 match with just 10 men. Apart from guaranteeing himself the TFC award on the night, he clearly failed to lead by example. I mentioned it once or twice to the Club Captain who was hobbling round the boundary encouraging the troops to no avail. I had been replaced, and I had to accept it.

Move forward a few day, and I turn up today ready to be in my playing role, only to take a phone call from the Sunday Captain and current holder of the TFC award that he was ill and was unable to play. He suggested I might like to Captain the team. Feeling slightly put out I accepted the role as there is no “I” in team.

Wandering out to the crease I mentioned to the Rugby Oakfield skipper that we only had 10 and may need a fielder. He declined my request on the basis that his entire team had raging hangovers and were in trouble. I then proceeded to lose the toss and we were to field.

The game started with James Paterson given the new ball. A tactic discussed with my senior bowlers. He looked horrified at the prospect but then proceeded to bowl some variable length and lines to keep the batsmen guessing. The jaffer ball came and the opening batsman was bowled middle stump. Amusingly Patty turned to the umpire and asked “Howsat?”. Patty’s over would have been a wicket maiden if it hadn’t been for the 2 wides in the over. Tim Jolly then opened from the other end and backed up Patty’s great start and before we knew it wicket 2 had fallen as the stumps/bails fell again. Barford had them 2 for 2. So Patty bowls again and before you know it a flicked shot saw a wonderful catch by Kenny G and Oakfield were 2 for 3. Barford were on top! Good crys from the field from Phil Robinson reminding us all not to get complacent saw a really accomplished all round fielding performance. No easy singles, constant pressure and Rugby Oakfield were struggling.

Tim and Patty bowled incredibly well and had 2 wickets a piece after 9 overs and the score was about 25 for 4. The Oakfield Captain was scoring runs, but not freely, and the bowling changes worked. Simon Hawkins and Ben Cook bowled next. Simon Hawkins managed to find the spot in the pitch where the ball changed pace and beat the batsman, meanwhile Ben found a great line and length early and Rugby were in all kinds of trouble. One fella caught beautifully by Patty out on the boundary and with encouragement from the senior players some really good field placing meant that our 10 in the field played like a 12.

The final bowling change required was TT and Richard Jones. TT bowled a beautiful straight line which had their clearly talented batsman baffled. Determined not to get out to TT it cramped his style so much that when he was shown the spin of Richard Jones he couldn’t handle it. He slogged out to cow corner where Richard had cunningly placed Jamie Paterson to take a good catch and he was back in the pavilion.

Richard was ripping the ball off a good length and backing him TT was giving nothing away. Richard finished off the rugby Oakfield batting attack with a ball that found the top edge of the young batsman and Kenny G caught it to get a jug full of catches (3). Jug rolled over until Wednesday!

Barford didn’t have a clear batting order that could pick itself, so the skipper took advantage to give youth and experience a chance. Phil Robinson and Kevin Tobin were sent out to open. They were both playing beautifully and Barford were 10 for 0 off 3 overs and looked very comfortable. The first wicket to fall was Phil, who played, what looked like a good shot but was caught with a wonderful low catch. He was very unlucky, to fall to this wonderful catch but he gave youth a chance. The excellent Patty was sent out at 3. He played beautifully and clearly has ability, and with some good coaching could be a really good player for us in the future. He stuck around as Kevin set about the opposition. He was struggling to find the boundary initially as the outfield played slow, but he did try, and even tried to throw his wicket away twice, being dropped at Mid On twice! With 30 odd runs added Patty finally fell for 4 well earned runs and Barford were 40 odd for 2. Kenny G strolls in and tells us all he will hang around and play straight. He played a good shot to get off the mark and he was off and running. Kevin was scoring freely at the other end and the scorecard was rattling along. Kenny finally lost his wicket but not in the traditional way. He was looking for the ball having missed it, sadly for him it was in the wicket keepers hands and as he stepped miles out of his crease he was stumped. In you come Kenny G!

Tony Timms was sent out. Normally our number 11 he rarely gets the opportunity to show us his skills. Sadly playing him at 5 didn’t help either. He was given out LBW in the standard Barford way. Playing at it, hitting it (allegedly) he was not impressed by Phil “the trigger finger” Robinson’s decision of out. He picked up his bat and suggested that he had hit it to the umpire, yielding without doubt a warning from the disciplinary committee and Judge Jolly. LBW (having hit it) for 0. Ben Cook comes in and again supports Kevin carry on and get runs. However time ran out for him on 43 (jug avoidance) and Kevin was bowled by the youthful bowler.

Simon Morgan comes in and Barford are 64 for 5. 16 runs to get with 5 wickets remaining as Ben Griffin TFC had failed to turn up. Well, the opening ball and one clipped away by myself to get off strike and off the duck. Ben however was not so fortunate and the Off Spin Bowler and skipper of Rugby Oakfield had his third wicket. Simon Hawkins strolls in to the crease and plays with a disciplined straight bat. We get a bye and its two off the over and were on 66 for 6.

Next time round with the spinner it was my turn. I played a forward defensive shot to the jaffer ball. It somehow goes between bat and pad and my bails are off. We’re in danger of a collapse. In comes Richard Jones. He strikes 3 runs whilst Simon H gets off the mark and we are 72 for 7. Surely we can limp home from here…… Next over and Richard Jones plays around the straight one and he’s bowled 72 for 8. 8 runs required and only 1 wicket remains. Tim Jolly, comes to the crease and back Simon Hawkins as he swats away a 2, followed by a bye and its 75 for 8. Next over and Simon launches a shot straight down the throat of Mid off and he drops him, Simon gets the single -phew!

The scores are level after Simon and Tim get a single each and then utopia comes as Tim clips away a full toss and the game is won.

The Skipper was delighted, Rugby Oakfield were a fun cricket opposition, the game played in an excellent spirit and the tea from Mrs Kenny G superb. Although fielding after it would have been a real problem. We won this game in the field and no player on the field gifted the opposition a single run they hadn’t earned. A superb effort in the field, and a very relieved and proud captain.

I look forward to the next time!