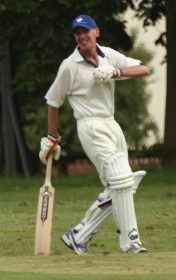 We’re well into the final countdown to the tour this weekend, so here is all you need to know in an easily digestible form. Assuming you’ve remembered to avoid any (more) serious injuries and wash your kit (otherwise see the fines section below), you should now be raring to go. We also have a tour virgins (Ken Gill & Paul Robbins) amongst us this year, so remember to play nicely!

The long-range forecast looks to be set reasonably fair (although Friday may be a bit damp) and at least we won’t be playing in a tropical heatwave. We’re staying at Millgate House Hotel in the centre of Newark and will be enjoying the number of local real ale pubs, and the inevitable Spoons (for the lager boys).

Friday night’s game at Balderton will be followed by a bbq to tide you over before the night’s clubbing and the subsequent kebab hunt begins. Saturday’s evening dinner will be hosted in the hotel before Judge Jolly holds court, dispenses his wisdom and levies his fines. Thanks in advance once again to tourmeister Mike Ireland for all his organisational efforts in ensuring another enjoyable tour!

Currently selected teams (as usual subject to negotiation and last minute changes!) are as follows: