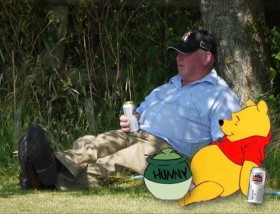 Following hot on the heels of the recently successful Quiz Night (for which many thanks are due to Simon D – although that disputed picture of Jon Snow was definitely David Attenborough!) comes the promise of the Pre-season party. In a throwback to the glory days of yesteryear, this year’s extravaganza will be held chez Chairman – which should hopefully put a few more bums on seats.

Further details will no doubt be forthcoming in the near future from the Social Secretary, but in the mean time put a great big “HOLD” in your calendar for Sunday 12th April…

“Firstly on behalf of everybody connected with Barford CC, I would like to
thank Sandy and Mary for hosting our get together earlier today. It was
a lovely afternoon enjoyed by everyone and greatly appreciated.

Thanks to those who supplied the food. The Lasagne’s, chilli and curry
were all top draw and it was difficult to pick a winner. As were the dessert’s
and although I thought I had nailed it with my Victoria cream sponge, I
have to say that I was blown out of the water when Maria Morgan turned
up with her Barford cricket ball cake which was truly amazing both to
look at and taste.

Finally I would like to thank everyone who turned up and helped make the
day so enjoyable especially the new guy’s Stuart and Mark, it was a pleasure
to have you both there. All that is left to say now is that I look forward to
seeing everyone again on the battlefield in the not too distant future and
hope you all have a great season. Good luck.” 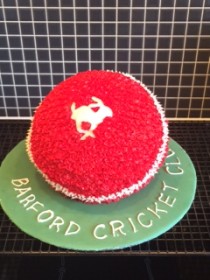