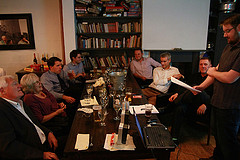 Once again the annual dinner at Merchants in Warwick drew a good crowd of players, WAGs and associated hangers-on to celebrate another successful season. After sitting down to an excellent dinner, the real business of the evening got underway with the usual smorgasbord of speeches and performances (in the loosest sense of the word). Unfortunately the Skype link that the technical team had rigged to the Barford outpost of St Helena was down so the Lambinator was sadly missed.

Nevertheless the Skipper’s speech managed to introduce a couple of new twists with the production of the Barford Calendar which was presented to Shaun as he moves to Bristol to conquer the world of retail (NSFW high resolution photos here) : 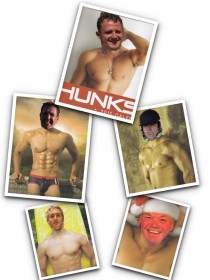 In addition, the crowd were introduced to the “Barford Hairs” the next boy band off the block, fortunately too late for this year’s X-Factor (photos here): 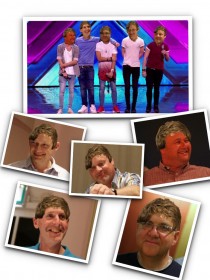 Reviewing one of our most successful seasons, the skipper modestly neglected to mention the main reason for our success – namely his imperious form with both bat and ball which ensured to topped the averages by some margin. And all this despite, or perhaps because of, the birth of a baby daughter! The runner’s up prizes were distributed as follows:

Following the prizes, the chairman took the floor with an updated version of Bobby Shafto followed by the Treasurer who’d been sharpening his rapier wit… In recognition of his exceptional achievements on the field, the Social Secretary presented the Skipper was presented with a suitably ginormous trophy!