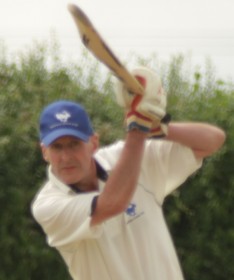 Thanks to the Tourmeister for all his hard work in ensuring another stonking weekend in Stroud. The sun shone, the food and drink were both excellent and plentiful, the children were relatively well-behaved, our hosts were friendly and welcoming and we even won a couple of games of cricket.

The Tour Highs and Lows (as voted by the touring party, and moderated by the Tourmeister) are in:

Highs:
Weighbridge pies-three day’s food encased in pastry
The weather
PJ running 8 to Timms/Peirson
The chairman’s bowling on Friday
The Egypt Mill-no trouble there
Shawn’s attempts to ‘offer Paul Stacey out’ – the big fella’s had larger breakfasts!
Alederflower!
The Kingswood tea-thanks Mrs Pat
Stacey’s catching
Ben and Jake’s batting at Kingswood
Mushy’s bowling spell at Nympsfield
Affable opposition all round
Suggestions by the Stroud clubbers that James Beaven isn’t in the first flush of youth
The state of the kids
Drage’s anti-Stroud rant (cue video link – sorry better skip that in case the lawyers are watching!)

Lows:
The chairman’s enforced temperance
Sober chairman forgetting his medication (first time I’ve ever been late to a pub because of Sandy!)
Weatherspoons (which goes without saying)
Monosyllabic bouncer refusing to let Richard back into the above
The sour-faced staff at The Rose and Crown
Jolly’s lobster-pink pins
Lambdon’s ice cream consumption
The beer at The Dinneywicks
Beaven and Stacey having to stay at the Premier Inn due to a clerical error-sorry!

These are coming in in dribs and drabs, but the following pithy account from the chairman on Sunday’s fixture at Nympsfield Commoners is available here , whilst the game at Kingswood is now available here

The paparazzi have also been at it again and again