Crashing back to earth… 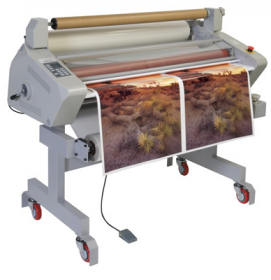 From our correspondent The Lambinator:

Barford, still riding the crest of the wave of their recent form, entered the last match before tour hoping to extend their winning streak. As the evening sun cast ever-lengthening shadows across the outfield, the formidable partnership of Paul Johnstone and Will Perry strode purposefully to the middle. PJ was in imperious form, and set about caressing the bowling around the field with his customary élan. In a contrasting style at the other end, the brawny Will bludgeoned his way to a brisk 13 before getting bowled. This brought the other half of the gruesome twosome, Mr Shawn Harrison, to the crease. Unlike his lover friend, however, Shawn was unable to show any competence dominance with the bat and fell cheaply for 1 attempting an ill-advised sweep shot. Simon Drage joined PJ at the crease, and despite taking 10 balls to get off the mark, soon made merry with the scoring – including, to the shock of all present, a run on the off side. Once medical attention had been accordingly administered, the crowd turned their attention back just in time to watch PJ dismissively swat the ball to the boundary, retiring on a beautifully crafted 33.

Next man in was Will’s “friend” Oli, who didn’t last very long (innuendo intended) making just 1. Simon Morgan played a useful cameo with 11, including running a 3, which had spectators searching for the defibrilator. This may or may not have contributed to his imminent departure. Have just arrived following car trouble, Ben Griffin hurried out, but understandably looked flustered and unable to replicate his recent form with the bat, falling for just 3. The infamous Barford tail failed to wag with Laurence drilling his first ball straight to cover – who rather unsportingly caught it, then your author bravely played out the last delivery without alarm. However, our esteemed Chairman, on his return to fitness, batted as though making up for lost time, ending not out with 10. Barford finished the innings 109 for 9.

Laurence quickly made up for his failure with the bat by bowling the opener with the very first ball of the innings. After an emphatic start, what Barford really needed to share the new ball was a genuine threat, somewhat who mixed control with searing pace. So Simon Morgan it was then. Although he bowled well (surprisingly), he failed to take a wicket (unsurprisingly) and finished conceding 15 runs from his 3 overs. At the other end, Ben replaced Laurence and the change immediately paid dividends with Will taking a superb diving catch to remove the other opener. After only one over, Ben was replaced by yours truly, in order to take advantage of the setting sun behind the bowlers arm. Again, an inspired bowling change as the second delivery drifted out, gripped, span back through the gate to take the top of off stump. Twitter was immediately alive with #ballofthecentury* and #lambdonforengland**.

Unfortunately, from here on in, the bowlers failed to exert any control on the game. Will bowled one over – which observers reckoned was one over too many – going for 12 runs. Shawn (2-0-15-0) made the ball talk – however, it was saying “please hit me to every conceivable part of the ground”, to which the batsmen duly obliged. PJ (2-0-10-0) bowled tidily without looking threatening and Richard Jones (2-0-13-0) got good turn and bounce without reward. Ben (2-0-6-1) and Laurence (2.5-0-14-1) came back at the end but it was too little, too late as WCCS reached their target with 2 overs to spare.

Man of the Match was PJ for his 33, TFC went to Shawn for being a complete liability.