Hare’s on the up… 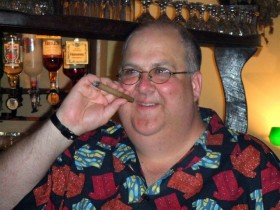 From our man in the field (well on the edge of it):

A simply gorgeous summer’s day at Ashorne ended in a tight victory for The Hares by two wickets, with two Barfordians – Sandy and Simon Morgan (who managed to get lost on the 3 mile drive from Barford!) – kindly playing for the opposition. The rancid turncoats.

Your correspondent missed much of the home side’s innings, but there were four wickets for Ben and three for Richard Jones (making good use of the sucker full-toss), whilst stunning catches were held by Richard Johnson (of the unfortunate Simon Morgan) and Ben. (There was also the usual quota of howlers in a typically Barfordian fielding performance – ed.)

Nick “The Man” Saunders laid a right stiff platform for Ashorne with 35-ish not out, having batted for about 18 hours. Their total of 129 looked very competitive on what was a very slow outfield.

Recovering from the shock early loss of Jake, Chris O’Reilly, Ben and PJ set about accumulating with the latter being typically fluent and top-scoring with 45 (it was 46, but who’s counting – ed.), despite getting little value from his stylish straight drives. Simon Drage fell victim to a dreadful umpiring decision from Ben who gave him out LBW on the flimsy reason that the ball was hitting half way up middle. It was obviously three feet outside off, or outside leg, or he’d hit it or something…

Anyway, with James Beaven falling victim to a dodgy curry and both Pete Romyn and Andrew Sherratt out when swinging, it was left to the unlikely combo of Richard Johnson and The Lambdoniser to steer Barford home. Richard played everything gun-barrel straight and was rewarded with a glorious matchwinning boundary. However, back on his old stomping ground, John smote a magnificent four to leave Ashorne’s players bemused as to why the St Helenian international was so utterly crap when he played for them.

Barford, too, were amazed at how permanent TFC award-winner Simon Morgan could bowl so well when he’s playing for the opposition.

A thoroughly enjoyable day and it was nice to get some sunstroke.

Here’s a couple of pics: