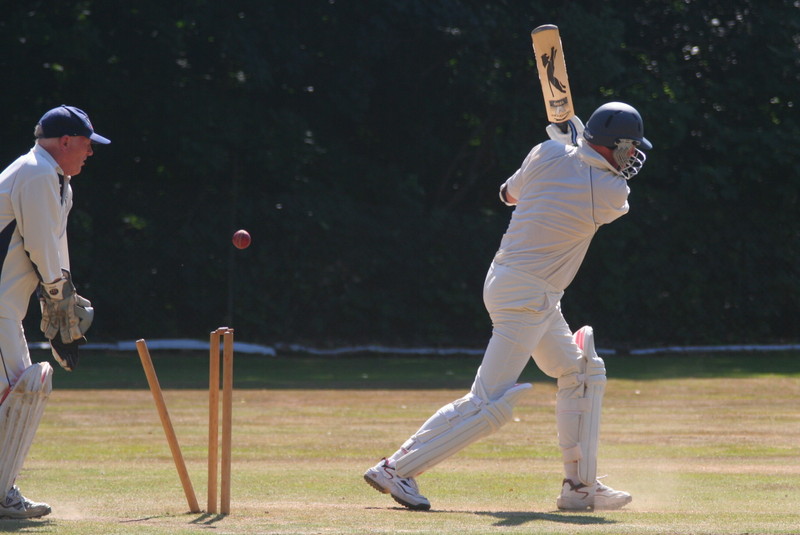 And so the season got underway on a sunny but chilly April Sunday and after much peering at a surprisingly dry looking pitch the team acquainted themselves with other and their kitbags.  New skipper Ben won/lost the toss (lets not let the facts get in the way of a good story) and Messrs Wilson and Henderson strode to the crease.

Although fairly true the pitch and tight bowling was a little tricky to score off and a slow but measured  start at least prevented an early season collapse.  However having almost seen off the opening bowlers Paul skied a top-edge down to long leg bringing ex-captain O’Reilly in bristling form following his antipodean exploits. James and Chris started building a useful partnership until James fell lbw for a carefully made 25.

As well as tight bowling, both Ben and Chris continued to find the Lemmings fielders with a serious of well-struck blows.  Chris made an typically agressive 30 and recent transfer Nick Saunders (24) set about the the task of rebuilding with time running out.  Ben expired to a superb caught and bowled chance which, if the bowler had missed it, would surely have sent him to hospital if not the morgue.

In the last few overs Neil Carter (12) and Pete Romyn (10) contributed to a solid 143, but would it prove enough to outwit the auld foe. (spoiler alert – no).

After tea opening bowlers Andrew Sherratt and Richard Johnson kept the Lemmings openers honest and some great bits of fielding kept the runs down. The skipper had plenty of bowling to choose from and kept rotating his troops, with ball passing bat from spells from James Beavan, Neil and Nick.  But at drinks the Lemmings were 72/0, precisely on target for getting the 144 required, with plenty of wickets in hand.

More shuffling in the bowling and in 3 overs of a combination of full-tosses disappearing for 6 mixed up with some half-decent balls, Paul managed to purchase 3 wickets and a couple more very difficult chances went down.  Pete managed not to get hit by another technical chance, but we were all glad he didn’t get too close to it as he sheltered under his cap…! Even when Tony Timms had stopped being nutmegged in the field by Neil, he couldn’t spin his magic and the game was almost up.

It was not to be and 7 overs from the end the winning runs were struck by the Lemmings. The early start meant an early reparation to the (excellent) Coventry Arms and a thorough debrief aided by a selection of real ales.